XONECOLE: I Had a Billion Dollar Orgasm with The Cowgirl

Kiarra Sylvester’s article — I Had a Billion Dollar Orgasm with This $2000 Sex Toy — was first published in XONECOLE July 2018.

Historically, vibrators have come a long way in their use and design. They went from creepy looking contraptions used to treat women of hysteria (imagine being so “sick” you’re ordered to a day of orgasms) to cute little devices that camouflage with your office decor and yet, still they pack the almighty gift of orgasm.

Ironically, the advances in technology have moved us away from bulky, outlet operated toys, and because history loves to repeat itself, taken us right back in the direction with more potential than ever as we hear about human-like sex robots on the rise and the innovation of modern sex machines such as The Cowgirl — a $2,000 product. 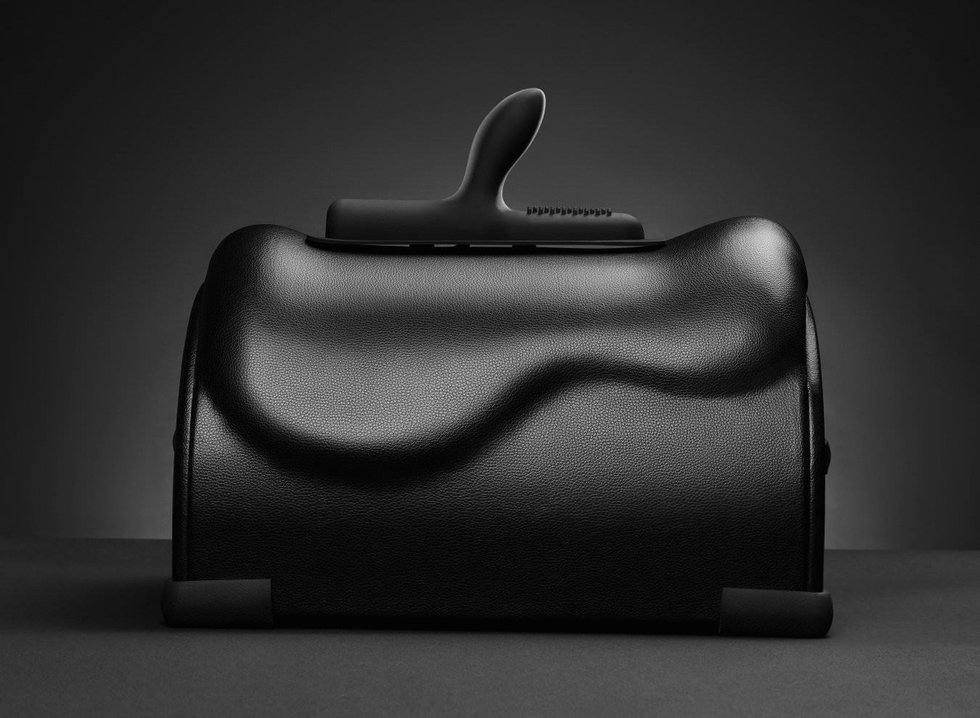 I’m careful not to call it a sex toy, as I’d hate to give the wrong idea with a price tag like that. I operate on a “you break it, you buy it” motto and I wouldn’t want anyone to pay the steep price for breaking this bad boy. Although, I’m not entirely positive you could …even if you tried. But, I digress. The sex machine was brought to my attention as I shopped for new products for my own company.

It immediately caught my eye because how could it not with all the makings of a deconstructed mechanical bull made from vegan leather?

Curious as ever, I knew as much as I loved my little handheld bullet, I’d live to regret it if I let this moment get away from me, so I requested a ride on The Cowgirl.

Although I don’t typically enjoy the cowgirl position because of the confidence it takes to man the man and the burnout it causes in my thighs, I gladly accepted the challenge with no one in my presence.

When I met the package on my porch, I was enthusiastic to get it inside, and admittedly it looked a lot scarier to put together than it actually was. All I saw was cords, springs, and directions before nearly melting down in discouragement. After a nap and a second glance, I realized there wasn’t a damn thing to put together, just a plug to plug and those were, in fact, extra pieces.

Realizing I had the temper of an impatient toddler, I gave The Cowgirl a quick ride and decided to come back to it another day as I wasn’t feeling it. And, as always being in the mood sure does help! A couple days later, when I saddled up on The Cowgirl, I looked for pointers from those who came before me (pun fully intended) and decided to throw the mule of a toy on my bed instead of on the floor, where I initially tried it. Because I have a memory foam mattress, my first thought was that it would sink, but there was none of that. Not to mention, it muffled the lite bulldozer-like sounds coming out of my bedroom while it sat on something softer.

After five minutes and an extra drop of lube on the Wildwest silicone attachment, which is a four-inch phallic shaped piece, I confirmed that this piece wasn’t for me and tossed it aside. It was really unpleasurable, even when I tried adding the spring for additional movement. There was something so awkward and uncomfortable about this piece that it made me think reverse cowgirl was the solution — clearly not. However, poorly my experience went, I was optimistic and ready for the Rawhide silicone attachment to show and prove.

The Rawhide Attachment is a little nub of a piece that provides clitoral stimulation, my personal fave and long story short: it did not disappoint. Unlike the phallic piece, there is not a rotary option.

On a serious note, I will say that in the same way that you have to find your style when sitting cowgirl on your man — you have to do so with this toy. For me, I felt more intensity in the earlier vibration paces when I sat upright, but as the intensity increased, I leaned into my straddle on my forearms. The only problem with this was that I would continuously lean on the cord attached to the remote and accidentally, but abruptly, cause the machine to cut off.

At this point, I quickly sanc my phone to the sex machine to ensure nothing else got in the way of the orgasmic warpath I was on and perhaps it was a placebo of sorts but when the machine came back on, my orgasms came in faster and stronger than before. The more likely reason is that I was left to orgasm without the disruption of the remote getting unplugged again, right? Whatever the reason is, the cordless option is the way to go if you’re working with it and it can also be connected to a site called FeelMe that allows distant lovers to control the action.

For what it’s worth, the product requires a little TLC, as in you have to play around with it to see what’s comfortable for you, and it’s probably safe to say that finding that sweet spot is a process with any new toy. Nonetheless, for however good it is once you do find that sweet spot, it’s also the down payment on a small car that you can real life ride so I’m not sure I’d be willing to come out of pocket like that to get off. But for those of you who aren’t starving grad students and your pockets run deep, read just one last thing:

I’ve often said that sex with myself has proven to be better than my infrequent experiences with men because my pleasure is a priority and that alone makes me a superior f*ck.

In hindsight and after much evaluation, after taking the ride of my life, the only thing I regret about this sentiment is that I didn’t have anyone to make me a sandwich afterwards.

Get the good stuff

For more information and tips on how to marry pleasure and wellness, do subscribe to our newsletter.